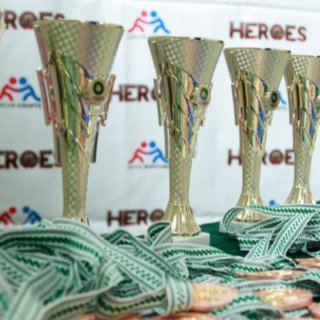 On December 16, 2017, the traditional all-Ukrainian tournament on Greco-Roman wrestling «ECOORGANIC CUP» was held in Tarascha city.

This year's competition gathered more than 140 young athletes from all over Ukraine. Despite the young age, the fighters showed a high level of athletic skill. Fierce clashes, joy of victory and bitterness of defeat - all the spectrum of skill and emotion was seen by the audience on the carpet. We are sure that many participants of this tournament will be worthy to represent Ukraine in international competitions in the near future.