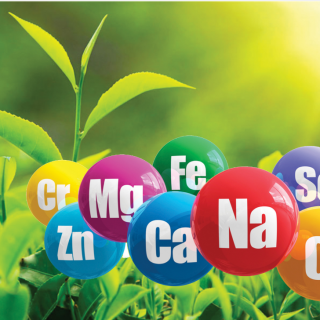 Agriculture has long been considered an archaic branch, and therefore, some people believe that there is nothing complicated in this lesson. In fact, having the necessary amount of knowledge is difficult to succeed. Of course, the first and basic understanding of what the soil needs or the plant itself, and then the choice of the necessary fertilizers. Given the wide variety of people present on the fertilizer market, this is a rather difficult task.

The purpose of this article is the desire to disclose, in an accessible form, the basis for the correct application of the spectrum of substances used in mineral nutrition and present in the Ukrainian market.

Macroelements are chemical elements that the plant assembles from different sources for the construction of a mass of crop in the area of ​​1ga (10000m 2 ) in quantities that are measured by tens and hundreds of kilograms. These include: Carbon, hydrogen, oxygen (the level of our influence on providing these elements of nutrition in the field is very small). Nitrogen, phosphorus, potassium - macroelements of the first order - using a fertilizer system which can provide comfortable nutrition conditions. Calcium, magnesium, sulfur - macroelements of the second order - the level of their provision is also regulated by fertilizer.

Minerals - chemical elements, the amount of assimilation which yield varies from a few pounds to several dozen grams. These include: boron, iron, manganese, copper, molybdenum, zinc. This group includes silicon, cobalt, and selenium. The effectiveness of these compounds as nutrients and means of obtaining "healthy" chemical composition of food and animal feeds can occur in areas where their content in soils is insufficient. For example, several decades ago, due to the state program in Finland, the spread of a serious illness that developed in people in areas where there was a shortage of selenium was eliminated. As the crop production intensifies due to the increase in the level of crop, the need for plants in them increases. Sources of access to the soil are: organic fertilizers, potassium, low concentrations of potassium content of fertilizers, as impurities in other fertilizers, mainly phosphorous, special fertilizers. Recently, the problem of providing plants with the necessary trace elements successfully solved by means of foliar fertilization with special fertilizers. There are a lot of such fertilizers on the market from domestic and foreign manufacturers. This variety makes the choice rather problematic without a detailed acquaintance, even for professionals.

Let"s try to construct certain uation parameters that can be guided by the process of selection:

Depending on the nature of the hydrocarbon radical, distinguish the aliphatic and aromatic amino acids. The most important are amino acids of the aliphatic series, which are part of the proteins. The role of amino acids in plant nutrition is multifaceted. In particular, their hunting allows plants to quickly overcome stress, contributes to a better flow of flowering and pollination. For amino acids, the phenomenon of optical isomerism is characteristic. From this, L or D isomer depends on the possibility of their assimilation by plants. L isomers are easily and quickly assimilated and thus exhibit anti-stress action. Plants need extra energy to absorb D isomers.

Polysaccharides - a source of rapidly available energy and a component for the synthesis of other compounds.

Phytohormones are chemicals that are produced in plants and regulate their growth and development. They are formed mainly in actively growing tissues, on the tops of roots and stems. Agronomically important groups of phytohormones include auxins, gibberellins and cytokinins, ethylene, abscisic acid. The first three groups are now widely used in compositions for seed treatment before sowing, root system before planting, vegetative vegetation.

Extremely high efficiency is demonstrated by products with phytohormones of the Gros line: GORS Coreneryst - for pre-sowing seed treatment and nutrition in the early stages of growth and development on the leaf, GOSS Health - for foliar nutrition to enhance growth energy and GOS Quichelium - for foliar nutrition in the period budding - the beginning of flowering to produce more ovary, grains in the ear or bean, improve the quality of the yield.

In our opinion, the use of the above criteria will be useful to consumers when choosing special fertilizers.