HOW TO INCREASE NITROGEN FIXATION BY LEGUMES 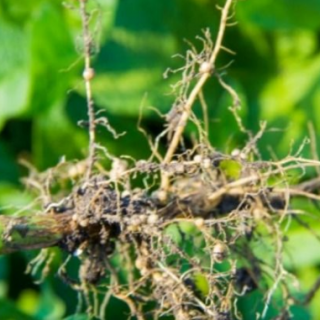 Nitrogen plays a leading role in the formation of yield of all crops, and therefore the provision of this element is the most important component of technology. The column of air, which is located above one hectare of surface, contains 80 thousand tons of nitrogen, but it can be absorbed only by legumes due to symbiosis with bacteria. Symbiotic nitrogen fixation is a very important process in the nitrogen cycle in nature and in the life of the planet's biosphere as a whole.

The mineral nutrition conditions of legumes have a significant effect on nitrogen fixation, as nodule bacteria receive macro-, micronutrients and carbohydrates from the host plant.

Nitrogen, molybdenum and boron are one of the most important elements influencing the process of symbiotic nitrogen fixation by legumes. Studies have shown that the higher the content of available forms of nitrogen, the more difficult it is for bacteria to penetrate the root, and, consequently, fewer nodules are formed on the roots and their activity is low.

Important for nitrogen fixation is also the supply of phosphorus to legumes, at low content of which in the soil nodules may not be formed at all. Out of the trace elements, molybdenum and boron are especially important. Lack of molybdenum inhibits the formation of nodules, disrupts the synthesis of free amino acids and leghemoglobin, plants synthesize fewer enzymes nitrate and nitrite reductase, which are responsible for the conversion of nitrogen forms in the plant. In the absence of boron vascular bundles are not formed in the nodules, resulting in impaired development of the nodules themselves.

How to help the plants?

To provide plants with nutrients at the beginning of symbiotic nitrogen fixation, which begins in the phase of 2 - 3 true (trifoliate) leaves, we recommend using organic and mineral fertilizer ECOLINE Molybdenum (Complex) 1.0 l / ha. This fertilizer contains molybdenum in the form of a phosphorus-molybdenum complex compound, which significantly increases the level of absorption of both elements due to their synergism.

Under this year weather conditions, out of the boron fertilizers of ECOORGANIC, it is better to use ECOLINE Boron (Premium) 1.0 l / ha - a liquid fertilizer in the form of an organic complex of boron with monoethanolamine and amino acids, as well as ECOLINE Boron (Opti), containing boron, molybdenum and zinc, at a dose of 1.0 - 1.5 l / ha. 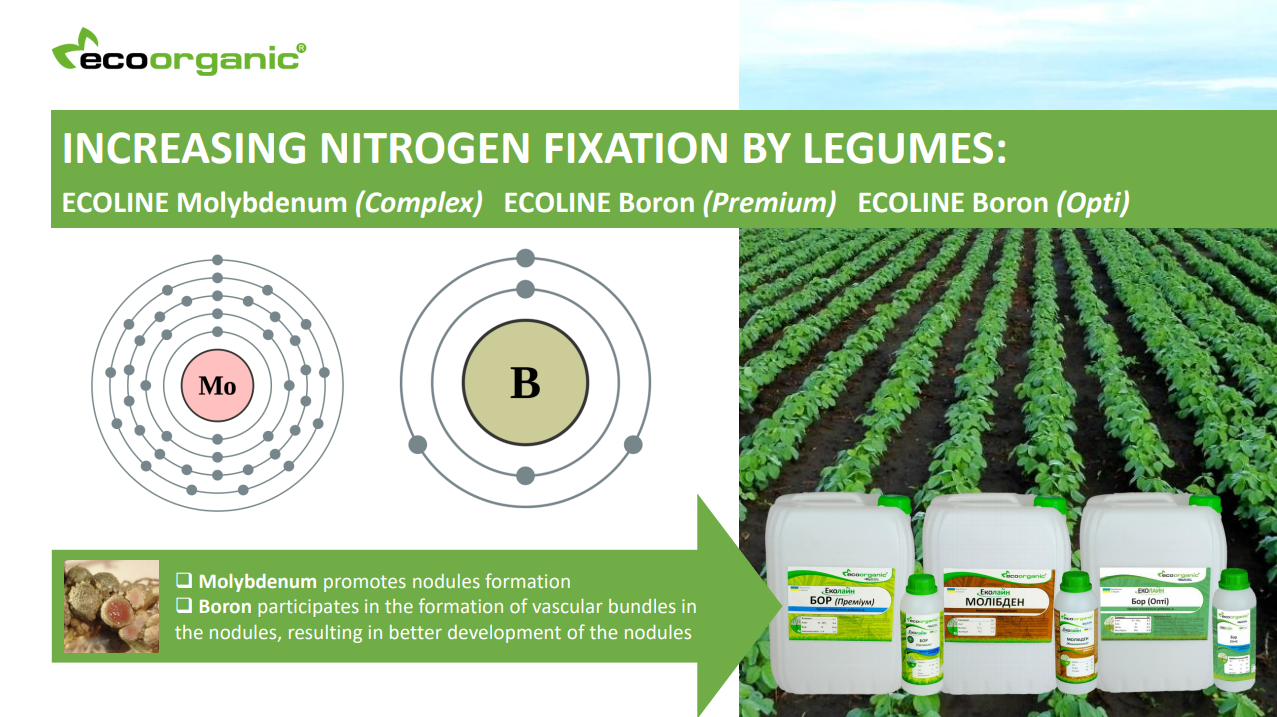