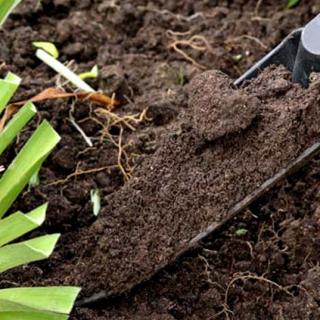 The name of the soil often corresponds to its color. For example, black earths have almost black color. Chernozems formed in the steppes, where there are many herbaceous plants. The above-ground parts of these plants die annually, and their remains are converted into humus by insects, worms and soil bacteria. This soil contains the largest amount of humus and forms a layer of thickness up to 150 cm.
Gray forest soils were formed where previously there were forests. They contain less amount of humus, so they have a lighter color. Their fertile layer reaches 100 cm.
Chernozem is the greatest wealth of Ukraine. It is these soils that provide high yields of crops, the most important of which are cereals: wheat, rye and others.
Chernozem and gray forest soils consist of small lumps, which is why they pass well water and air, creating favorable conditions for the development of plants. These types of soils are the most widespread in Ukraine.
In order that the soil fertility does not decrease, it is necessary to add those substances that have been removed by plants. To this end, fertilizers are added to the soil.
It is universal and multicomponent microfertilizers that are  Fertimicro  and  Fertimicro Mg .

Fertimicro  - a balanced product with trace elements, glutinic acid, EDTA and DTPA. These chelating agents protect the trace elements from chemical interaction with other components. Can be used on soils with different pH (from 4 to 9). It is possible to use in hydroponics and intact. The dose is 100-300 ml / 100 l of water.

Fertimicro Mg  is a balanced product that corrects the lack of magnesium and other important trace elements. Thanks to microelements in chelate form it can be used in different pH ranges (from 3.5 to 9), both for pre-sowing seed treatment, foliar fertilization, and for drip irrigation systems (fertigation) of open and closed soils. The dose is 150-300 ml / 100 l of water.