The role of zinc in mitigating temperature stress 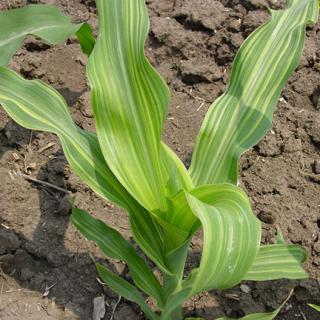 The role of zinc in mitigating temperature stress

Climatic changes, which have fully affected the territory of our country, are the reason for the decrease in the amount of precipitation compared to the average long-term indicators. They also led to such a phenomenon as temperature stress. Modern high-yielding varieties and hybrids react more sensitively to stress, resulting in quantitative and qualitative yield losses. Is there any way to resist this? - Yes! According to physiologists, it is quite possible to help plants by optimizing mineral nutrition. One of such nutrients with anti-stress properties is zinc.

Agricultural crops are divided into three groups according to their sensitivity to zinc supply conditions:

The physiological role of zinc in plants is very important and multifaceted. It is a part of many enzymes responsible for the vitality and health of plants (carbonic anhydrases, phosphate dehydrogenases, peroxidases, oxidases, polyphenol oxidases). Zinc increases plant resistance to drought, heat, and cold. Due to a lack of zinc, phenolic compounds accumulate in various parts of plants, which have a negative effect on the plant and reduce its resistance to diseases.

Zinc is involved in protein and carbohydrate metabolism in plants, in particular in the accumulation of proteins, sugars, and starch in the crop. Zinc deficiency is most often manifested on sandy, carbonate and peat soils, as well as with very high phosphorus content in the soil. Lack of zinc has a significant negative effect on the formation of seeds, but is less critical for the formation of vegetative organs of plants.

With zinc deficiency, chlorotic spots appear on the leaves of plants, which eventually turn pale green and then turn white. "Rosette" is manifested in fruit crops. With zinc starvation, fewer flower buds are laid on fruit crops, and the yield drops sharply. Among field crops, the lack ofь zinc most often manifests itself in the early phases of corn growth in the form of whitening of the tip of the leaf, between the veins or the entire plant. In leguminous crops - in the form of chlorosis on the leaves.

Foliar application of zinc prevents or solves the problem of lack of this nutrient. The most effective is the use of zinc in the form of chelates and in combination with amino acids (to enhance the anti-stress effect). These are the components contained in GROS Amino-Zn fertilizer of the ECOORGANIC company. In the trials conducted on a number of agricultural crops under conditions of heat stress, the use of GROS Amino-Zn at a dose of 1.0 l/ha provided an increase in yield from 8.0 to 16.4%.