Trace elements and their role in modern agriculture 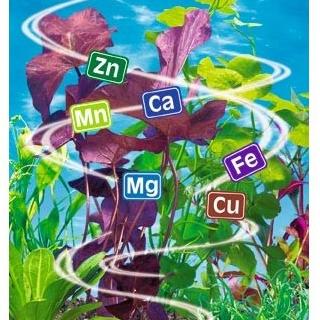 Trace elements are chemical elements, which are necessary for normal functioning of living organisms (plants, animals and people) and used by them in micro quantities compared with other mineral elements. In spite of this, their biological role is extremely large, because they are used in the construction of enzyme systems of organisms.

Their deficiency in the soil does not lead to death of the plant, but it can be the cause of reducing the speed and completeness of biochemical processes, the defeat of plant with diseases, which greatly affects the value and quality of the harvest. 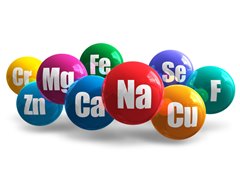 Trace elements are chemical elements, which are necessary for normal functioning of living organisms (plants, animals and people) and used by them in micro quantities compared with other mineral elements. In spite of this, their biological role is extremely large, because they are used in the construction of enzyme systems of organisms. Their deficiency in the soil does not lead to death of the plant, but it can be the cause of reducing the speed and completeness of biochemical processes, the defeat of plant with diseases, which greatly affects the value and quality of the harvest.

According to Rotamsted Research Station (op. On [1]) trace element composition of the harvest is normal in terms of its food value if it contains: iron and manganese 25 mg, boron and zinc 10 mg, copper 5 mg, molybdenum 0.5 , iodine 0.2, cobalt 0.1 mg per kilogram of dry matter.

In terms of intensification of agriculture, when due to a substantial increase in yield of grown crops increases and the removal of trace elements and in cases of actual cessation of applying of organic fertilizers and "raw" potassium fertilizers - increases the value of the use of micronutrients.

Regarding the importance of trace elements in mineral nutrition.

Currently reliably established role of trace elements in mineral nutrition, methods of determination of their content in the soil and plants, gradation of provision, designed fertilizer and how to apply them on the following elements: boron, iron, manganese, copper, molybdenum, zinc, cobalt.

As for the other elements that are found in the catalogs of vendors micronutrients - this question is ambiguous. How can you offer to apply elements whose role is not established, and no laboratory in Ukraine can determine their content in any object of the environment?

Most trace elements are components of enzymes that act as biological catalysts in biochemical reactions in the plant.

However, their role in the plant is much wider. Trace elements influence on the formation of biocolloids and on the direction of biochemical processes. Manganese in particular regulates the ratio of two and trivalent iron in the cell. Iron-manganese ratio should be more than two. Copper protects chlorophyll from damage and promotes better assimilation of nitrogen and phosphorus. Boron and manganese increase photosynthesis after winter crops' renovation vegetation.

The need for micronutrients in different crops 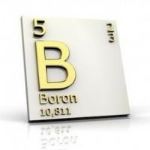 Boron - required for meristem development, and therefore the need for it is throughout the growing season. The important role of boron in cell division and protein synthesis, it is a necessary component of cell membranes. Under the influence of boron the synthesis and movement and accumulation of carbohydrates in plants are improved. At the lack of boron, the sugars accumulate in the leaves and weakly moving to the main part of crop. Characteristic features of boron deficiency are: perishing of the growth points, the formation of voids in the roots, violation of vascular plant tissues, irregularities in the formation of reproductive organs. Research has established that monocotyledons (all grain crops) are less sensitive to lack of boron than dicotyledonous and the highest content of boron is in the plant flowers.

Boron helps in better absorption of calcium in the metabolism in plants. Often the lack of boron inhibits the penetration of calcium into the plant, although the content of it in the soil is sufficient. It was also established that in soils with higher potassium content, the accumulation of boron in plants growing. Lack of boron leads not only to a reduction in yield but also to lower quality. External signs of deficiency: stop growth, chlorosis of top, and then complete extinction of growth point, falling flowers, barren flower, abscission of the ovary. Boron - an element that is poorly redistributed between old and young leaves and it is desirable to maintain an optimal content of boron in plants during the growing season by foliar fertilizing. 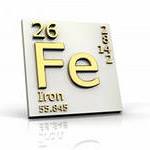 Iron. Among the micronutrients a special role belongs to iron. Its content in plants reaches hundredths of a percent, next manganese, zinc concentration is thousands of particles of percent, and copper concentration not exceeding ten thousand particles of percent. Iron is actively involved in redox processes in the plant, which occur during respiration and photosynthesis. Iron directly involved in the biosynthesis of chlorophyll, and therefore one of the signs of iron deficiency chlorosis is a manifestation of chlorosis (young leaves blanching). At an acute iron deficiency plants may die.

The most sensitive plants to iron deficiency: grapes, fruit.

Signs of lack of iron: 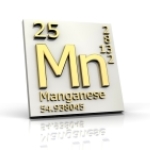 Symptoms of manganese deficiency in plants is often observed in carbonate, peat and other soil with pH above 6.5.

Manganese deficiency similar to iron deficiency, but other than chlorosis on the lower leaves appear gray, gray-green or brown spots. Symptoms of manganese starvation of dicotyledonous are the same as for iron deficiency, only green stems not so observed on yellow leaves, appear brown necrotic spots. The leaves die off faster than at a lack of iron. Lack of manganese exacerbated by low temperatures and high humidity. The most sensitive culture: sugar, feed, table beets, oats, potatoes, apple, cherry. 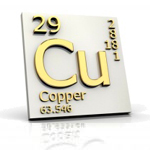 Copper  It is part of many enzymes associated with the oxidation-reducing processes in the plant.

By the level of sensitivity to the lack of copper plants are placed in a row: wheat, barley, oats, flax, corn, carrots, beets, onions, spinach, alfalfa cabbage. Moderately sensitive: potatoes, tomatoes, red clover, beans, soy beans. The lack of copper often coincides with the lack of zinc, and on sandy soils, also with a lack of magnesium. Copper plays an important role in the processes of photosynthesis.

Copper plays an important role in the processes of assimilation of nitrogen plants, especially ammonium. Lack of copper delays the synthesis of peptides, amino acids, proteins. Copper exhibits fungicidal properties, and therefore increases the resistance of plants against fungal and bacterial diseases, reduces the morbidity of grain crops, increases the resistance of plants to brown spot.

Signs of lack of copper are most often found on peat and acid sod-podzolic soils of light granulometric composition. Symptoms of disease of plants associated with a lack of copper appear in whitening and drying of the tips of the leaf blade. Due to the severe shortage of copper, plants begin to grow tall, but not extinct. In fruit crops, the lack of copper is manifested in the form of drying the tops of the branches (dry cavity), on intermittent chlorosis, on the puffy stones. 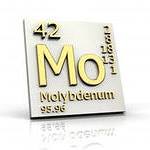 Molybdenum in plants is included to the complex of enzymes related to nitrogen assimilation by plant and its transformations. With a lack of molybdenum in plant tissues accumulate nitrates due to inhibition of the transformation of this form of nitrogen compounds into protein nature. Molybdenum is involved in carbohydrate metabolism in plants, and in the assimilation of phosphorus and its participation in the synthesis of chlorophyll, and affects the intensity of the flow of redox reactions. Molybdenum is a part of nitrate enzymes and nitrate reductase who are responsible for the transformation of nitrogen in the plant because molybdenum is very important for legumes, which are capable of using nodule bacteria fix nitrogen from the air.

Lack of molybdenum leads to profound disturbances in metabolism in plants. Most sensitive to molybdenum deficiency are: legumes and fruit. The need of plants in molybdenum feeding usually occurs in acidic soils where it is less accessible.

Visually molybdenum deficiency manifests as light green, or even yellow-green leaves. Moreover, these leaves become narrower, and their edges curl inward and then die. Leaf stalks have a reddish-brown color. 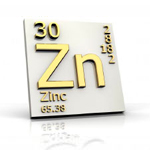 Zinc. According to sensitivity to conditions for zinc crops are divided into three groups.

The physiological role of zinc in plants is very important and diverse. It is a part of many enzymes responsible for the livelihoods and health of plants (carbonic anhydrase, arioso phosphate dehydrogenase, peroxidase, oxidase, polyphenol oxidase). Zinc increases plant resistance to drought, heat, cold. For lack of zinc in different parts of the plant accumulation of phenolic compounds happens, which negative affect plant and reduce resistance the morbidity of plants. The value of zinc for plants nutrition is its participation in protein and carbohydrate metabolism in plants, particularly in crop accumulation in proteins, sugars, starches.

Zinc deficiency for plants is most often seen on sandy, calcareous soils and peat, as well as at a very high content of phosphorus in the soil. His lack strongest seen on the formation of seeds and weaker on the formation of vegetative organs of plants.

At deficiency of zinc in plants appear chlorotic spots on the leaves which in length of time become pale green, then turn white. When zinc starvation on fruit crops laid fewer flower buds, yield is significantly reduced. On field crops zinc shortage is most often seen in the early stages of corn growth as blanching apex of the leaf or the whole plant. In legumes it manifested as chlorosis on the leaves. 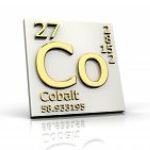 Cobalt is necessary for nitrogen strengthening of fixing activity of nodule bacteria. It is part of vitamin B12, which is found in nodules on the roots of legumes and has a positive effect on the activity of the enzyme hydrogenase, and enhances the activity of nitrate reductase. Cobalt has an impact on the accumulation of sugars and fats. Cobalt affect chlorophyll synthesis and stimulates the flow of processes in the Krebs cycle.